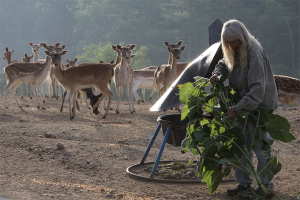 Kathryn Pasternak’s “Doeville” will have its Massachusetts premiere at the Cape Cod International Film Festival this Sunday, October 11.

The festival has a unique schedule in that all the screenings are in the day time—in the morning, actually. The schedule includes documentaries, shorts, animation, and fiction work over three days: Saturday, October 10, Sunday, October 11, and Sunday, October 18, 9 a.m. – 12 p.m. Filmmakers will be present live or via Skype for many of the films, as well. For the full schedule and tickets visit the festival page on the Orpheum’s website