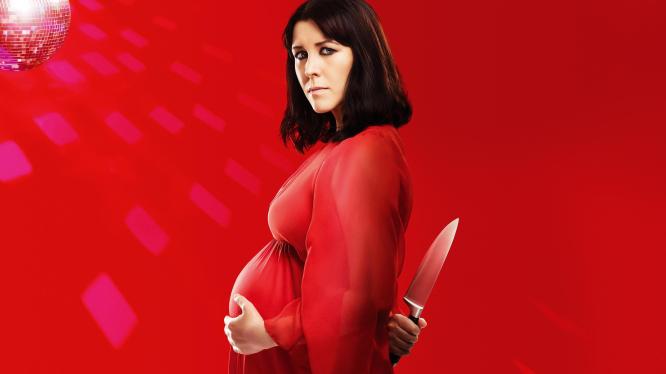 The 19th Boston Underground Film Festival kicks off tonight with its opening night selection Prevenge, an intriguing-looking British film about a pregnant serial killer. While that selection may have you thinking you know what Boston’s version of “underground” is, it’s actually a much broader category than just bizarre horror movie concepts.

Boston Underground Film Festival Director of Programming Nicole McControversy (yes, that’s the name she is going by) explains the term is defined differently for each of the numerous underground film festivals around the world. “I think a large part of it has to do with the city context. You know, what’s underground here may not be underground in New York City, for example, because that city may have more access to experimental films or things like that, and maybe we chose not to define underground with experimental films, for example,” she explains. “Although sometimes we do. It’s kind of up to us to decide what it means. And some years it changes a little bit.”

In the context of this particular city, where McControversy says there is what she calls a “conservative liberalism” that permeates audiences. “I think there are certain things that are really touchy for audiences here that might not be touchy in other places. I think transgressive cinema is harder to just bombard people with here,” she says with a laugh. But, she adds, although what the audience wants is paramount in programming the festival, she also programs work she thinks they just have to see because it’s that good and controversial and interesting.

Working with the festival for nearly 8 years, McControversy says she’s seen it grow and change. This year, for example, although the festival is not the most diverse, there is a marked increase in films by women, she says. Increasing competition from Netflix and other streaming services as well as more narrowly defined festivals such as the Boston LGBT Festival have made it hard to program as diverse a program as she would have liked in terms of the themes and directors represented. That being said, I’ve had the chance to preview a few of the films this year and I can attest to the range of types of films in the festival.

Although I’ve been to underground film festivals in New York and Chicago, this is my first Boston Underground Film Festival. I’m looking forward to it. Hope to see you there!

Full lineup and information on the Boston Underground Film Festival 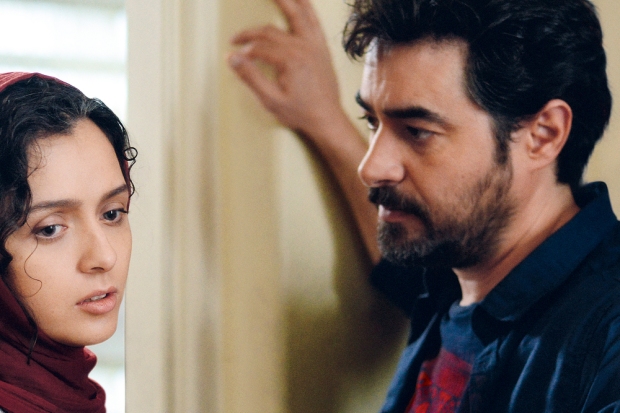 Taraneh Alidoosti and Shahab Hosseini in Asghar Farhadi’s “The Salesman”

At this year’s Oscars, Iranian filmmaker Asghar Farhadi sent two prominent Iranian-Americans ( Anousheh Ansari and Firouz Naderi) to accept the Best Foreign-Language Picture award for his latest film The Salesman on his behalf, along with an acceptance speech that explained his absence as a move of solidarity with the millions of people barred from entering the United States due to President Trump’s Muslim Travel Ban. It brought a great deal of attention to this film, (although Farhadi’s wildly successful A Separation, which won the Academy Award in 2012, had already garnered him an art house following in the U.S. long before the travel ban). But what about the film itself?

The Salesman centers on a married couple, Rana (Taraneh Alidoosti) and Emad (Shahab Hosseini), who have recently had to move into a new apartment when their old building became structurally unstable. In a pinch, the couple rely on their friend Babak (Babak Karimi) who has an apartment they can stay in, although the previous occupant has not yet moved out her things. They agree, thinking it will only be a few days before she comes to get her stuff, but she never arrives. Amid the discomfort of having this woman’s personal things clogging up their apartment, due to a case of mistaken identity, Rana is victimized by a stranger, sending Emad into a crisis of masculinity that speaks volumes about gender, romantic love, and troubling realities about contemporary marriage, with its deep-seated roots privileging male ownership over true romantic partnership.

For western audiences, Americans in particular, the fact that Rana and Emad are actors working on a production of Arthur Miller’s Death of a Salesman may be distracting. Any connections between Miller’s play and Farhadi’s film are fairly thin, and we are better served by resisting the urge to search for direct comparisons. The fact that these artists are trying to do a production of the play in Iran does have some significance, however, as it also offers a subtle critique of censorship as in one moment where a cast member can’t resist laughing during a rehearsal because a character says she can’t go out because she is “nearly naked,” when in fact the actress is fully dressed with a raincoat on.

Farhadi’s film is not perfect, but it is extremely well constructed and thought-provoking. To begin with, as in his previous films, the acting is magnificent, walking the line of subtle and broad human emotions. Hosseini is understated in his portrayal of a man unraveling as he ruminates on his wife’s trauma, while Alidoosti is equally careful to show the devastation and anxiety Rana feels without veering into melodrama. The supporting cast is natural, matching the handheld, mobile camera style and unobtrusive editing to bring us into the story organically.

But more impressive is the way in which the story unfolds in The Salesman. This is in part due to the particularities of Iranian cinema—which is not allowed to show all (working to the film’s benefit in this case), but also to Farhadi’s usual approach to storytelling. For example, the crime at the center of this drama is never explicitly detailed. Working on assumptions based equally on what is said and what is left unsaid, we piece together an idea of what happened that shifts as the story unfolds. At the same time, Emad becomes obsessed with unspoken possibilities that challenge his sense of himself as Rana’s husband and as a man. As he grapples with this, much is revealed to us about the nature of their relationship and what Rana’s victimization means to him, apart from what it means for her. In this regard it is the antithesis of European and American cinema in which such subtlety is often hard to master with the expectation of more details for the audience at play.

The Salesman is rather quiet in its building tension until the climax, and yet all along it is that very quietness that is so engrossing as we work with the codes of Iranian cinema and our own much broader understanding of marriage, love, and mercy.

The Salesman is currently showing daily on the Cape at Wellfleet Cinemas and Cape Cinema in Dennis.