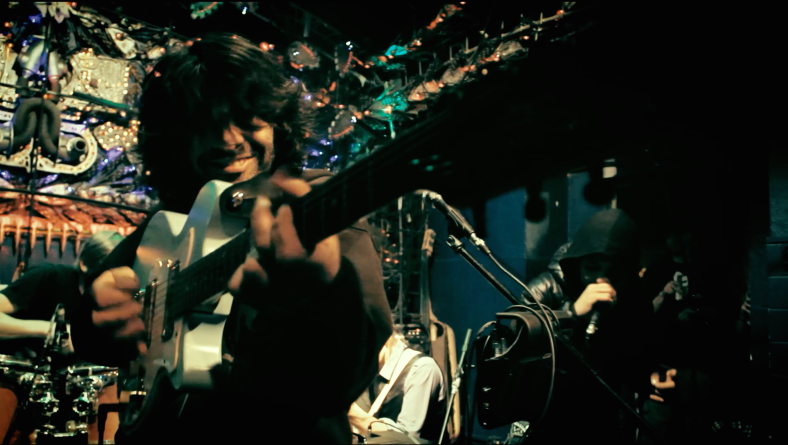 This year the festival was diverse in its offerings, but with a common goal of offering different views of life in Arab and Middle Eastern countries.

So often I hear from people who say they think Muslims should be doing more to combat terrorism or people who have never heard of Arabs who are not anti-American fundamentalists. This is a fundamentally broken system of media at work, presenting only horrifying images to us, with no element of hope. This is why the Arab Spring was so surprising to us, in the U.S., at least. We didn’t know there were regular, normal people in the Arab world. We didn’t know there were courageous revolutionaries who want the same things we want: freedom of expression, tolerance, and the ability to pursue their lives without undue government interference.

The Closing Night Selection is Yallah! Underground, a film by Farid Eslam that shows us alternative, underground artists in Jordan, Egypt, Israel, Palestine, and Lebanon. These are young musicians and artists with something to say who are not afraid to say it. It is so inspiring to see younger musicians expressing themselves joyfully on stages in front of other young people having a great time. There is always the need to share music, around the world, and always the need to come together and experience the arts, whether as a release from the tensions of life, or as a provocation to change our lives. I am so happy to be presenting this film tonight, co-sponsored by WOMR, at their studios in Provincetown.

The film will be preceded by I Am Palestine, a short film by Farid Kirreh and Kai Staats that profiles various Palestinians. You can watch a trailer for that film here. One of the directors, Kai Staats, will join us via Skype for Q&A (hopefully!). I look forward to seeing you all tonight in Provincetown

The Cape Cod Festival of Arab & Middle Eastern Cinema closes tonight, Sunday, May 7, at 7 p.m. with Yallah! Underground at WOMR Studios, 494 Commercial St., Provincetown. Tickets ($15) can still be purchased online this afternoon, and then at the door. 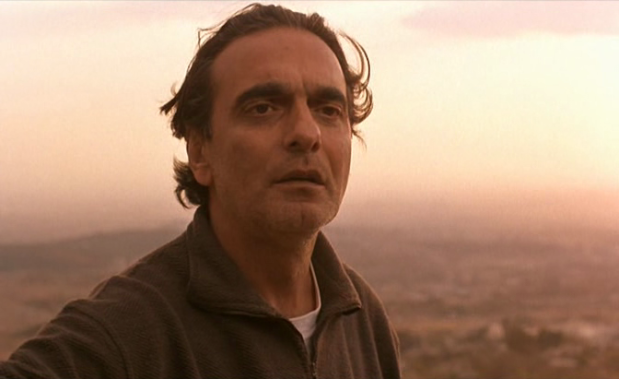 So far it’s been a lovely rainy weekend on Cape Cod, perfect for going to the movies. Today that movie weather continues as we offer two programs at Wellfleet Preservation Hall.

One of the few Middle Eastern filmmakers I had been familiar with before I founded this festival was Iranian master Abbas Kiarostami. The first film of his I saw was Through the Olive Trees, and I was struck by the quiet, reflective nature of his work. Since then, I have seen numerous Kiarostami films, and always I had the same feeling about them. In some ways, they reminded me of Japanese filmmaker Yasujiro Ozu, with their simple situations and everyday characters struggling with the human condition. When Kiarostami died suddenly this past July, I knew I wanted to include one of his films in the festival this year.

The film I chose is Taste of Cherry (1997), which we will screen today (Saturday, May 6) at 4 p.m. The film, about a man driving around northern Iran looking for someone to help him with his plans for suicide, is, again, a quiet film, but there is constant motion as Kiarostami liked to film in cars. After seeing the film on the Criterion Collection DVD, I watched the supplemental documentary, a rare interview with Kiarostami, conducted by Iranian film scholar, Dr. Jamsheed Akrami, a professor at William Paterson University. I tracked Dr. Akrami down, and he has agree to present the film this afternoon and lead a post-screening discussion as well. This is an amazing opportunity, and I am so grateful that we can learn from him, not only about Kiarostami, but also about where that work fits in both world cinema and Iranian cinema, in particular.

This evening at 7 p.m., also at Wellfleet Preservation Hall, we will be screening a documentary about “the Egyptian Jon Stewart,” Bassem Youssef. The film Tickling Giants was directed by Sara Taksler, a producer at The Daily Show, and it chronicles his career from its heights, reaching more than 40 percent of the population in Egypt, to his eventual arrest and exile. It is an excellent example of an Arab voice using comedy and satire, in particular, to combat injustice and intolerance. This is something we rarely hear about in the U.S. I hope you will join us tonight to learn about this courageous comedian.

Each screening will be preceded by a short film, as well. For the Kiarostami Tribute, we will screen a short film by Mohammad Mohammadian that is dedicated to Kiarostami, called Only Five Minutes. The film looks at life through the eyes of a blind woman, featuring a black screen and audio only.

Tickling Giants will be preceded by another Iranian short film, Light Sight by Seyed M. Tabatabaei, an animated student film that demonstrates the desire for freedom and the obstacles to finding that freedom. You can see the trailer for it here: https://vimeo.com/162086737

I look forward to seeing you tonight in Wellfleet!

The Tribute to Abbas Kiarostami featuring Taste of Cherry presented by Dr. Jamsheed Akrami screens this afternoon, Saturday, May 6, at 4 p.m. and Tickling Giants screens tonight at 7 p.m. Both shows are at Wellfleet Preservation Hall, 335 Main St., Wellfleet. For tickets ($15 per film) and information on this screening as well as the entire festival schedule, click here. Tickets will also be available at the door 30 minutes before screening time.