Back in 2002, I started a film screening series in the basement of the Unitarian Universalist Meetinghouse in Chatham. We showed underground indie films by filmmakers from New York, San Francisco, Boston, and elsewhere in two 10-week seasons a year on Friday nights. That went on for a couple of years and then I began showing films at various venues on the Cape, including the Provincetown Art Association & Museum, the Woods Hole Film Festival Winter Series, WHAT in Wellfleet, and Payomet Performing Arts Center in North Truro.

Now the Cape Cod Film Society screenings are back, this time at the Cultural Center of Cape Cod, right smack in the middle of the Cape, in South Yarmouth. Although the series is no longer a weekly program, this monthly format is going to be great, with screenings generally at 3 pm on the second Sunday of every month, September through May.

Woods Hole filmmaker Kristin Alexander is an extraordinary talent, with a background so diverse it includes dance, nursing, and of course, filmmaking. She kicks off our series this Sunday, January 10th at 3 pm with two short films she made about different aspects of life in Bermuda. One is about Mwalimu Melodye Micëre Van Putten, a fascinating educator bringing an Afrocentric curriculum to schools in order to rectify the systematic disenfranchisement of students of African descent, like many of the residents of Bermuda. The film, called Healing History, is an eye-opening account of Van Putten’s work and objectives that everyone needs to see.

Click this photo for a link to Kristin Alexander’s Healing History trailer.

The second film we’re showing, Trusting Rain, discusses water conservation efforts in Bermuda, which is something that should be of great interest on Cape Cod, even as we routinely waste water, in denial of the potential for drought.

I asked Kristin to answer a few questions to introduce you to her work. She will be attending the January 10th screening so you can ask your own questions of her at the Cultural Center of Cape Cod that afternoon at 3 pm.

Rebecca Alvin: When did you begin making films, and what drew you to fillmmaking?
Kristin Alexander:  I find filmmaking a creative outlet that also allows me to bring a voice to people and ideas that I feel are important.  Sort of visual advocacy.  I had some experience with film as a teenager, coming to Cape Cod in summer:  MAW productions, started by two brothers who made 8mm short films, which involved all the neighborhood kids in some way.  It was great fun and the films were quite good.  I studied communication and film for a time in college, in the days of linear editing.  When the digital revolution hit, I picked it up again.  At that time I was integrating film into dance performances on stage.  My first documentary Nothing without Joy followed 5 women on Cape Cod surviving cancer.  That was in about 2001.  I really enjoyed all aspects of making that film, from the cinematography to editing.  Since then I have completed 12 short documentaries, several of which have won awards on the festival circuit.  I have also assisted in several films as cinematographer, and participated in fundraising using my skills as a filmmaker.

RA: How did you come up with the idea for Healing History? What was your connection to it?
KA: Healing History evolved out of meeting Melodye, who is a teacher, poet and performance artist.  She is teaching African history from a new perspective, not one that most of us learned in history books.  I found her to be passionate and interesting.  We met through her husband, who had been in my film Trusting Rain [also screening on January 10th].  I asked if I could do a video portrait of her, and she declined.  I later asked again, and she looked at some of my previous work, and decided to give it a try.  She was skeptical, as her previous experiences with white folk had not been overwhelmingly positive.  She was teaching primarily black children and adults, to give them a sense of themselves and their history, teaching that they are descendants of genius, and are desperately needed in the world today.  The filming took several years, and spanned between her work in Philadelphia and Bermuda.  During this time it became apparent (via current events), that her work was even more necessary.

RA: What has been the reaction to the film?
KA: Healing History has been on the festival circuit, from Bermuda, to several cities in the U.S., Africa World in St. Louis and in Cameroon, Jamaica and the Pan African Cannes.  Interestingly, it has been invited to almost all of the Black festivals in which we applied, and only two of the mainstream festivals (as well as the Cape Cod Film Society).  It has been positively received, overwhelmingly in the Black festivals.  The Pan African Cannes and Bermuda Film Festival had a mixed audience, and the discussion was controversial at times, and quite extensive.

RA: Tell me about the film Trusting Rain? How did that originate?
KA: Trusting Rain is a film about rainwater collection in Bermuda, and the island residents’ relationship to water.  The island has no rivers or streams, and has historically been dependent on rain collected on roofs and stored in tanks below the house.  Times have changed, and as the island becomes more populated, this precious resource is dwindling.  Many tourists who come to Bermuda have no idea that the water used for drinking and showers is collected from rain.  I was fascinated by the stories of the ‘old timers’ and how careful they were with water, to the new generation and the overall waste, requiring desalinization plants to maintain the self sufficiency.

RA: That film seems to connect very directly to issues we have around water on Cape Cod. Do you agree?
KA: Potable water is a worldwide problem.  Certainly on Cape Cod, where there is seemingly not much concern about water shortage.  I had done a film about a scientist who is using a natural process to clean wastewater for re-use (Green Eco-Machine).  This kind of technology is so needed, but seems so foreign to people.  I feel clean water has become one of the great worries of our time.  We need to change our relationship to water, as a precious resource.

RA: You’ve made a lot of different films about different topics and in different styles.  Is there some sort of through-line in your work?
KA: My documentary films tend toward portraits of people, delving into their lives in various countries and at home.  I am very interested in people who are doing things to make a change in the world.  I enjoy filming nature, and finding positive work that is being done to help the environment.

RA: Are you working on any new films now?
KA: Currently I am finishing the edit on an older portrait, and have two ideas that I am working on, we shall see how that plays out!

Kristin Alexander’s films will be shown on Sunday, January 10, 3 pm at the Cultural Center of Cape Cod, located at 307 Old Main St., South Yarmouth, Mass. Tickers ($10) can be purchased in advance by calling the Cultural Center: 508- 394-7100,  or at the door that afternoon. 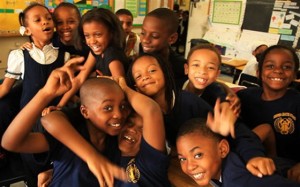 Filmmaker Kristin Alexander has a great eye and she knows how to pull together short films. She’s done it many times through her company Middleway Media. Earlier this year, I spoke with her about her then just completed film Healing History, which offers a 20-minute portrait of activist and educator Mwalimu Melodye Micere Van Putten. The film has screened in the PanAfrican Film Festival in Cannes  and at the Bermuda International Film Festival (where it’s subject lives), Charlotte Black Film Festival, and in Cameroon and St Louis, MO, as part of the Africa World Documentary Film Festival. It is screening for one night only at 7 p.m. as part of the annual Woods Hole Film Festival.

Van Putten believes that it is essential to teach young black children around the world about their shared African heritage and also to offer them tools for successful living with her Ashaya Objectives, which include four statements, including “I am valuable and have genius,””My history and culture are sources of knowledge with lessons to be learned,” “I must develop my character to succeed,” and “The world is waiting for me to contribute my gifts and talents.” In Healing History, Alexander gives us an overall portrait of a woman with great wisdom to impart, who is working to undo some of the tragic circumstances of the past. The film is very much a collabroation between Alexander (who is white) and her subject and as such provides a wonderful example of how documentarians can work with their subjects while still maintaining a clear artistic vision for their projects.

Tonight’s screening is sold out, but if you are interested in seeing the film or arranging a screening, please contact kristin@middlewaymedia.com.